I’ll admit it straight away, we are a funny little country. With some weird habits. But we love our weird habits. Do you want to know how to behave when travelling to the Netherlands? Make sure you know a few of our do’s and don’ts. You’ll make us proud!

Get tickets for the 5D Ultimate Flight Experience – This is Holland where a flight simulator takes you over canals, windmills and more

Must do’s when travelling to the Netherlands

Always shake our hand and introduce yourself

When you first meet someone you always shake hands. If your companion fails to introduce you, you introduce yourself immediately while shaking hands. You don’t do this with staff or Airbnb hosts, this is solely in business and social environments.

I always hate it when people are not introduced. What? Should I guess your name or something?

This is when you are passed the first introduction and only in social environments. For the correct order: left, right, left. And only with women. Guys just shake the hands of each other.

To make it a bit difficult, the 3 kisses are slowly fading amongst younger generations. We either give one kiss on the cheek (left) or give a hug. I love giving hugs! 3 kisses seems still a bit formal nowadays.

Give away your seat to an elderly in the tram

Or a subway or bus or wherever. Just get up. I think this always goes anywhere (well, maybe not anywhere) in the world. But in the Netherlands, we even have signs on public transport indicating you should get up for elderly, disabled and pregnant women.

Impress us and try our Dutch food habits

To be honest, we like our food and quirky food habits. And you making an icky face before even try it, will not score you points. You might even like it. Most of my friends who tried bitterballen (small Dutch croquettes), patatje oorlog (fries with satay, mayonnaise and sometimes onion) or oliebollen (fried dough eaten around New Years) are happy they’d tried. Ok, fair enough, the raw herring is not a favourite. You have to get used to that one.

Absolute don’ts when travelling to the Netherlands

Some things you just shouldn’t do when you’re in the Netherlands. Probably you won’t always be aware that you’re doing it. So here’s a notice on how not to behave when travelling to the Netherlands:

Never walk on a bike lane. Ever!

This is super annoying and it happens all the time. We are a bike country and we have special bike lanes everywhere. They are not to miss. The pedestrian lane is often higher than the road, there are dividers visible and the bike line often has a different colour or an actual bike printed on the road. Otherwise assume people cycle on the right side of the road.

In the Netherlands we do everything fast, the same goes for cycling. It’s not only dangerous to walk on a bike lane, but it’s also annoying. Every time you are in the way, we have to hit the breaks. We ring our bicycle bell to warn you that we’re coming. But especially in cities like Utrecht and Amsterdam, tourists are just looking around dazed before actually realising what’s happening.

Don’t assume we’re all on drugs

And don’t be naive yourself. Yeah, everyone I meet thinks Dutchies are all on drugs, all the time. Guys, we have a job, social life and family too. Do you think we’re high at the office all the time? Come on! Even though drugs are tolerated, we don’t think the same way about it as you probably do.

While I’m at it, when you do come to the Netherlands, don’t do drugs day and night. It’s such a waste of time. And this stuff is way stronger than you’re used to (verified by my friends in the past). Thinking that is just naive.

Since I’m on the topic anyway. Smoking weed on the street. Yelling after a night out. Not keeping in mind people also live in the city. Tourists have a terrible reputation in the Netherlands. It’s like tourists think this country is a free zone adult carnival attraction or something. Behaving like that in the Netherlands is disrespectful and very annoying. People live here, you know.

Never take photos of the girls behind the window

I know it’s an unusual and interesting thing in Amsterdam, but again, be respectful and don’t take photos of the girls. Besides, you’re camera will be taken if they catch you taking photos.

We know them already. And it’s not charming. ‘Neuken in de keuken‘ is the most common sentence I’ve heard foreigners say. Followed by a dirty chuckle as if I am asked to do something unspeakable. Although you shouldn’t say this sentence, it’s not that bad. It just makes me think you jet another nitwit. To avoid making a fool out of yourself, stick to English.

I think I got all my frustration out, don’t you think? Ah well, it’s not that bad or difficult. Just go with the flow, someone will help you for sure once you’re here.

Have you noticed anything else about the differences in what to do and not to do, let me know! I really think this is such an interesting topic!

Disclosure: This article contains affiliate links, so I can earn a commission and can keep doing what I’m doing. However, I’m supporting everything I write. You’ll never pay extra using the links, you’ll just help a girl out.

Food hotspots in Utrecht – The Netherlands

Unique places to visit in the Netherlands

Typical things to do in the Netherlands

11 Tips for a weekend in the Netherlands

The Netherlands: 6 Reasons to visit ‘s-Hertogenbosch 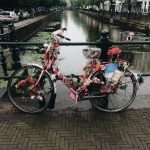 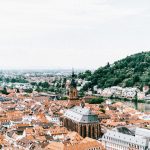 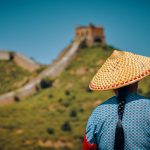 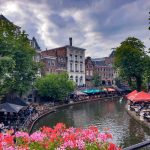 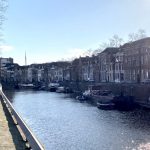 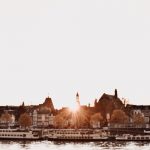