According to trend watchers, food is a reason to travel to a particular place in. Forget about the sights crawling with tourists, dig into the food culture. I am a huge fan of food, not only as a former chef but also because it’s in my blood. As a part of a Dutch/Indonesian family, I grew up with food. And appreciating food of other cultures. Growing up in the Netherlands, made me appreciate the weird Dutch food as well.

Every country has its own culture and food habits. I once wrote a post on Portuguese food I love and now I’m writing one on Dutch food I love. The Dutch have some weird habits when it comes to food. I grew up in a household where my mother would do the cooking (who is Indonesian). She would try Dutch dishes, but somehow didn’t really get the hang of it.

When at my grannies house, she would only make real Dutch dishes (she didn’t how to cook dishes from another cuisine). So I learned to eat it all, but some things are still strange to me. Like putting a layer of butter on your bread, that is so thick, as if it’s the only thing you’ll be putting on there. Or mayonnaise. Like in general, with everything. It’s disgusting.

However, there are also a few things I learned to appreciate (although it took me 10 years to get there).

This one deserves the first place on this list. My all-time favourite: raw herring. This is actually the first thing I ate when I came back to the Netherlands after 14 months. I didn’t even make it out of the airport. They sold it right there at Schiphol. Especially good with chopped onion and a cold beer.

My city sells these things fresh on the farmers market every Saturday. Then the two thin waffles are still warm, glued together with the dark caramel. You can also buy them in stores, cold and smaller. However, the fresh ones are the best!

Poffertjes was my favourite when I was a kid. Also because they are so rare nowadays. No one sells them anymore and nobody owns the special ‘poffertjes’-baking pan. Which is a damn shame! They are miniature pancakes often served in a portion of 10 or so, with powdered sugar and butter.

I vote poffertjes back in everyday life! 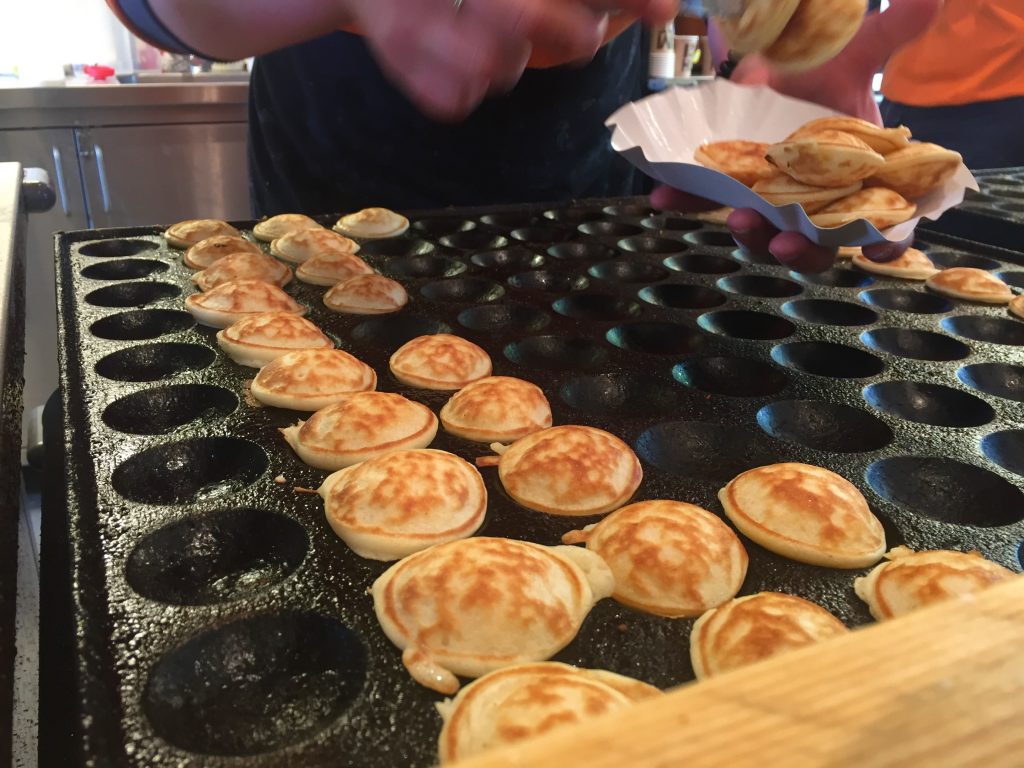 This is a typical dish for winter periods when it’s cold outside. It’s comfort food. A dish with a mashed potato base and a winter vegetable of choice. This could be kale, endive or carrots. Basically, anything works. Then add meat, like sausage, pork belly or meatballs and most important, loads of gravy! Like I said, comfort food.

As a kid, I ate this a lot. However, I always had a tiny problem. To get the hagelslag to stick to your slice of bread, you had to put butter first. Now, here is the problem. I didn’t like butter. As a matter of fact, I hated butter. So every time I tried to put the hagelslag without the butter, tried to press the two sandwiches together so it would kinda stick and then tried to eat it without the hagelslag falling back on my plate too much. Didn’t work though.

6. Beschuit met muisjes (round crisp cracker with Anish sprinkles in pink or blue)

I have reached an age, that thanks to my group of friends, these things are everywhere. Pink and blue stand for girl or boy. Feel where I’m getting to? These things are served when you just got a baby. They’re nice though, except for the butter.

Beschuit is also used as a replacement for bread in the morning. 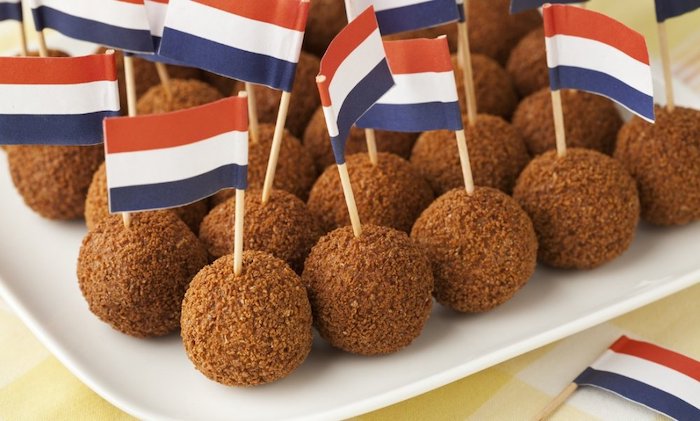 How to explain this one? Small balls of roux, made with veal or beef and spices, breaded with breadcrumbs and deep-fried. Crisp on the outside and a soft filling on the inside. A typical snack served while having drinks or at parties held at home or in a bar. Oh, whatever. Just try!

Boy, it’s good to be back here. Eet smakelijk!

Tell me more about your adventures!